Homeless in Collingwood: mother and two daughters reunited in a place of their own 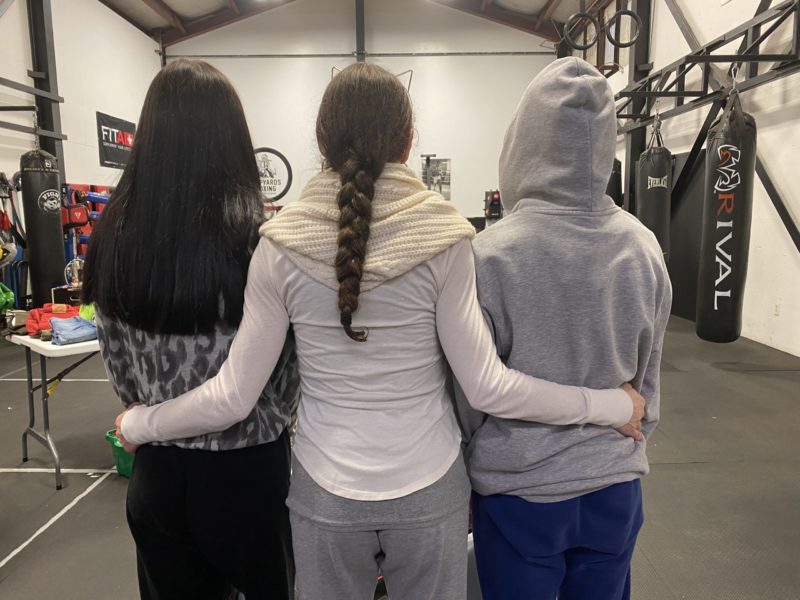 A mother and two daughters have been reunited and housed through Out of the Cold Collingwood. Contributed photo

This column was submitted by Out of the Cold Collingwood, in an effort to shed light on real stories of people experiencing homelessness in Collingwood and South Georgian Bay. Names and identifying details have been changed to protect the identities and dignity of clients. Out of the Cold Collingwood is a non-profit temporary emergency-shelter and service-connection program run through a partnership between Community Connections and the David Busby Centre in Barrie. The program is always in need of financial or in-kind donations. If you would like to see how you can help, please visit www.outofthecoldcollingwood.com.

Five years ago, Claire (she asked that her real name not be used) was living with her common-law husband of 13 years and her two children in a home they owned.

Until very recently, she was living homeless in Collingwood.

When her children were young, Claire was prescribed Percocet (oxycodone) as a pain killer after surgery. She found it not only numbed her physical pain, but her emotional pain as well. It didn’t take long before she developed an addiction that quickly escalated to street opioid use. Her husband also had substance abuse issues and what she describes as a nasty temper. The strained relationship became impossible for her and resulted in Claire leaving her partner and finding an apartment of her own.

Without financial support for shelter, food and basic necessities, Claire began to steal and deal drugs to support her addiction and living expenses. Eventually, she was caught, convicted and was incarcerated for a year. She lost custody of her two girls, Charley and Jane, who moved in with their father.

“When I left jail, there were no supports or plans. I had no home, no money and nobody to advocate for me,” said Claire. “I was left with no choice but to couch-surf with friends who were also addicts.”

The lack of supports to re-establish her life made it a challenge to move forward in any positive way. However, over the following four years, she was able to leave opioid use behind, for the most part.  Claire says that jail actually saved her and she is convinced that she was headed down a path that would have very likely resulted in her death.

Claire says the biggest challenges she dealt with while being homeless were bed bugs, a lack of access to personal hygiene, safety and food security. She says she was often hungry, robbed, beaten and molested in her years on the streets.

She says she wanted her girls back but she was stealing to survive and didn’t want that life for them.

With the support of mental health and addictions counselling and the Out of The Cold Collingwood program, Claire and her two daughters ended up living together again in temporary shelter. Claire is also now employed.

Claire and her daughters share that the hardest part of not having had a stable home has been the lack of privacy, no money for food or to do laundry.

Despite this, they are all optimists who are positive and loving.

Claire says she loves used clothing because it means someone purposely selected those items once upon a time because they loved them, so she would love them too. Over the years, she says she has done her share of dumpster diving to find essentials and the occasional treasure she cherishes.

Jane says they are all excited now about the future.

“What I want most is to have a nice place to live, to have pets, to cook dinners together and to do normal family things,” said Charley.

Claire’s hopes for the future include being together as a family, having a plan and achieving mini-goals.

“And look at my wonderful girls. I love them so much and am happy we are safely together,” she said.

Since this story was written, Claire and her daughters have been successfully housed.