‘3 years felt like 30,’ for senior living on Collingwood streets

Collingwood’s ‘unofficial ambassador of the homeless’ shares his story 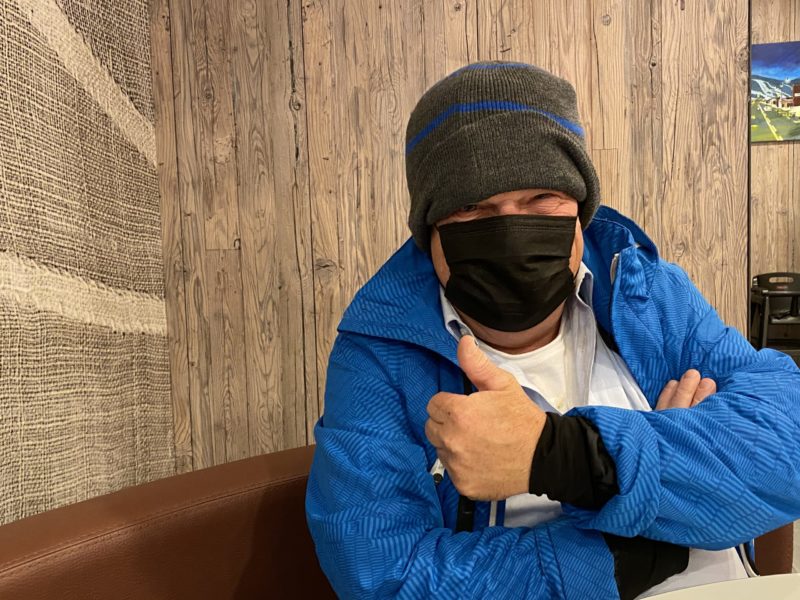 This column was submitted by Out of the Cold Collingwood, in an effort to shed light on real stories of people experiencing homelessness in Collingwood and South Georgian Bay. Names and identifying details have been changed to protect the identities and dignity of clients. Out of the Cold Collingwood is a non-profit temporary emergency-shelter and service-connection program run through a partnership between Community Connections and the David Busby Centre in Barrie. The program is always in need of financial or in-kind donations. If you would like to see how you can help, please visit www.outofthecoldcollingwood.com.

Doug (his name has been changed to protect his privacy), calls himself the “unofficial ambassador of the homeless.”

Doug is in his 60s, and has been living on the streets of Collingwood for the past three years. He speaks proudly of his family including his parents, ex-wife, grown son and siblings. He grew up in a close-knit family where life wasn’t always easy but love was plentiful.

“My Dad worked gruelling hours with more than one job at a time to help out the family. He had a heart of gold,” said Doug.

Doug’s father attempted suicide twice, which may have been rooted in undiagnosed mental illness. Doug’s own mental health started to deteriorate in his early 20s, eventually leading to the breakdown of his marriage and overall life stability. As a skilled tradesperson, he once had a successful business, a home and marriage but mental health issues led to the loss of all of these and led him to live on the streets.

Doug always has a song in his head and can turn any phrase into a jingle. During our conversation, he pulled out a harmonica several times which he accompanied with a jig.

With his passion for music, he loves to busk on Hurontario Street and remembers the names and actions of so many strangers he has encountered along the way. In fact, Doug’s memory for names extends to every bylaw and police officer, church worker and others he’s met during his street life.

Over the past three years, Doug first slept in his car until it broke down. Then, he moved into construction sheds, park washrooms, tents and on or under benches.

He met other people experiencing homelessness in Collingwood along the way who taught him tricks to help him survive.

Food came from dumpsters, family members and money he raised busking. He attended church dinners, food banks and relied on the kindness of strangers. He also admits to often having to steal to survive or to deal drugs for fast cash. He openly shares that he has not been good at taking the medications he needs due to both stubbornness and, at times, an inability to get them.

Doug is immaculately clean from his hands to his feet. Before COVID, he would use public washrooms to clean up and would find ways to get clean clothing, usually by rummaging in overflowing donation bins around town.

Going to the washroom at night, especially on a cold night, was also problematic but discarded coffee cups would serve the purpose. With 20/400 vision though, he said it was frustrating to spend years without contacts or glasses but that he learned to navigate his world. He became an expert at swaddling himself and finding protected shelter around town.

With eternal optimism and outward cheerfulness, Doug doesn’t like to be negative but when asked how it felt to live homeless in Collingwood, he said that we could never understand the mental anguish and physical pain it caused him.

“Three years felt like 30,” he said. “I was terrified of being hurt or robbed and was often lonely.”

Doug is now safely sheltered with the Out of The Cold Collingwood program where, he said, he feels safe for the first time in a very long time.

He has hopes of soon finding permanent housing and dreams of finding romance. He wants to help others and has offered to host a benefit concert when the pandemic normalizes to raise funds for people experiencing homelessness in the local region.

“I don’t complain. I don’t explain. I just live my life to the best of my ability,” he said.